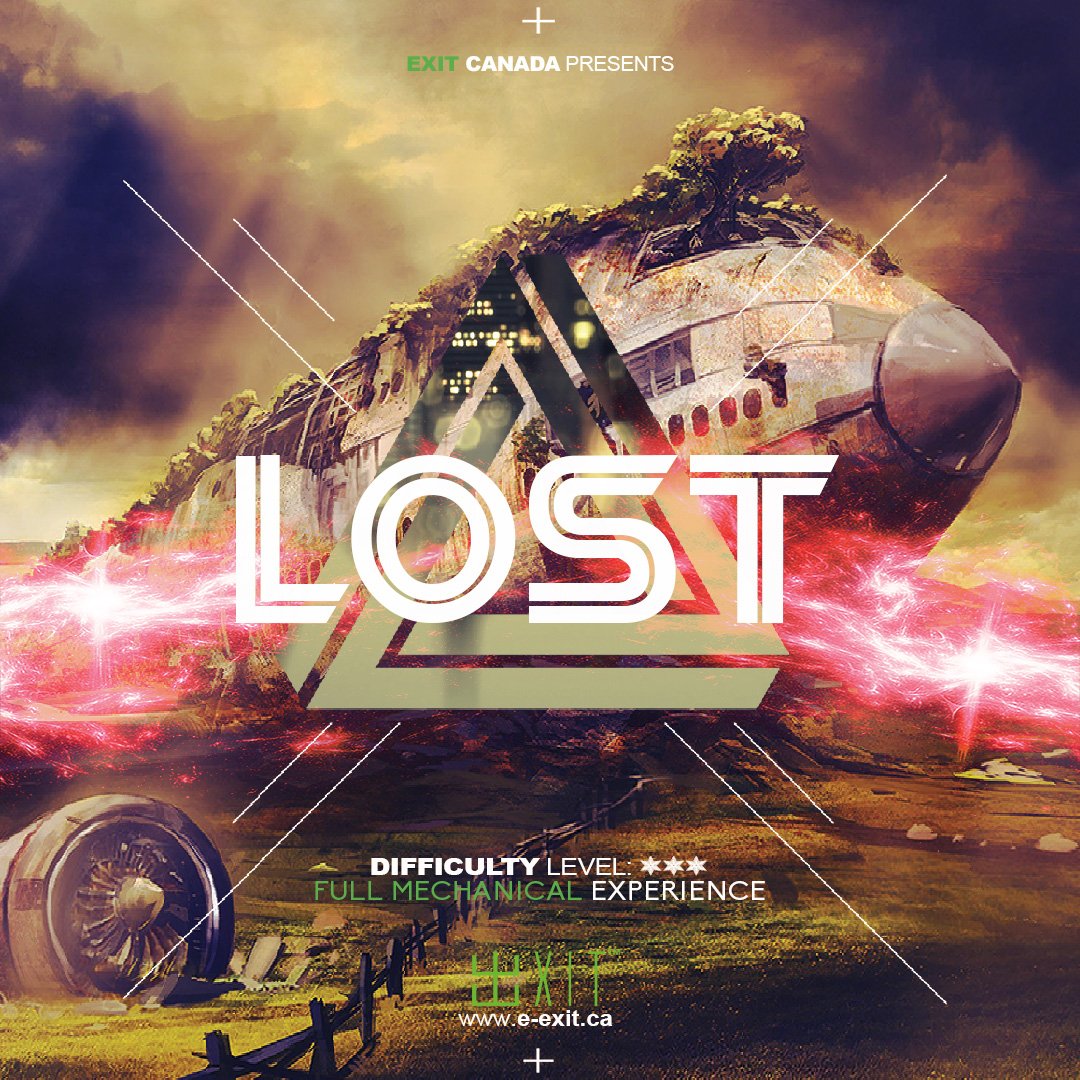 Pacific Airline Flight J177 is the first AI piloted plane to reach commercial status. Unfortunately, halfway through the flight, the engine failed and it crash-landed on an island in the Pacific. The players are the sole survivors. They are still trapped inside the aircraft at the start of the game. A fire has also erupted in the hull and the aircraft is likely to explode any minute now. At most, the players have an hour. The emergency escape doors deformed during the crash and can no longer be opened. Using all the resources available as well as teamwork, they must make sure everyone escapes and survives.

I think lost is a very fun room who loves gadget base rooms, the only problem with lost is that there isn’t enough puzzles to begin with. Everything is so short, but having the thought of interacting with the room is pretty cool.

The soldiers in the room cry blood and that’s scary. I like the gameplay but it’s dusty and makes my lungs sad. In a good way tho you feel me?

Always interesting how the balancing is a make or break point for a group. Either they get it done in mere moments or they end up spending  dozen minutes on it. There seems to be no middle ground.

A fully gadget based room where you are on an airplane wreck trying to escape by solving gadgets such as restarting the power or signaling for help. Great for players looking for a different type of escape room experience.

Very fun room as it challenges each individual’s skills through gadget based gameplay.

Popular gadget based theme, perfect for someone looking to try a new kind of escape room.

Fun gadget based theme, solve puzzles by interacting with gadgets rather than figuring out lock combinations to escape a crashed plane.

You don’t need to watch the titular show in order to immerse yourself on this high flying action adventure featuring interactive gadgetry.

Refreshingly different approach to puzzle rooms in which you work with gadgets instead of traditional locks to escape rooms. Don’t get LOST in LOST!

The next evolution of escape rooms. Now the players directly affect the outcome of their actions. It’s not just a combination on a lock and your done. No, now it’s ‘where does this wire go?’ or ‘how many times do I need to press this?’. Much more interactive elements in this room.

LOST is an action-packed adventure from start to finish. Loosely based off the highly popular television series of the same name, it is EXIT Richmond’s next foray into the mechanical experience escape room after the highly popular Maximum Security of EXIT Garden City. This refreshing approach to the game is enough to dazzle audiences with the full interactivity of gadget based components such as wires, buttons, and switches. The fun in this room stems from every player’s personal skill such as a sense of rhythm with the ability to work in sync as a team at certain points. The decor and set-up have more of a cinematic look with walls painted intricately of scenes depicting the aftermath and environmental setting of the story that is visually pleasing. LOST caters to the general audiences new to the escape room experience for objective based gameplay where much of the time is spent on exploration and interaction as opposed to studying maps and journals for clues. At one point, an individual may be divided from the group not recommended for those with separation anxiety. An alternate ending of the game could see only one player emerge as the sole survivor of the group, a nod to classic movie moments.